how to get water into the tire 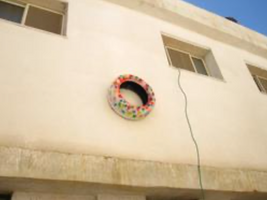 The performance focus on the displaying of multiple meanings, put against a none dramatized aesthetics. The subject of control is addressed as an inescapable problematic, working with dislocated artistic tools in other cultures and communities. The totalitarian regime of perception crucially increases during the show, until control is released from the performer to the receiver in the final dance sequences, leaving the audience perceive without mediation. Sara dances 20 movement phrases given to her by 20 artists from different countries, as their interpretation of 5 photographs they received from her. This images are also from another project and reality. A 20 Light designers from Stockholm translated those phrases into a light for each phrase. The work is a passage from medias, from the reality, to the images, to the movements, to the light.